Mobile Game Development: How to build a Mobile game? 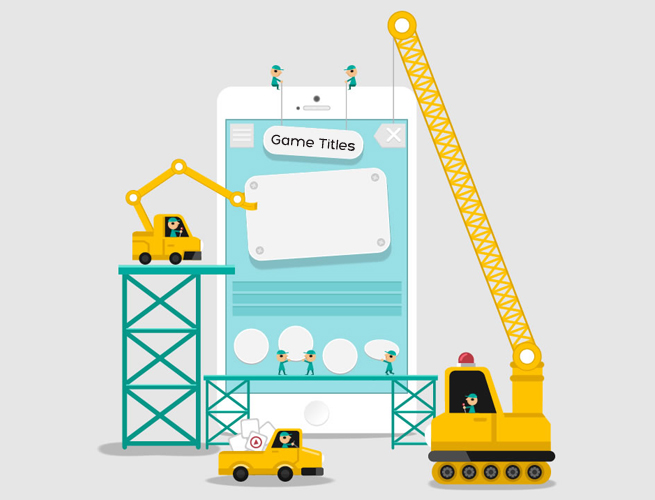 It’s just over five years since Apple iTunes and Google Play were launched, and within a short span of time, these stores are already flooded with millions of games ready to be downloaded. Smartphone industry is expected to double its growth by 2016, and with more than 5 million games downloaded daily, mobile gaming industry is a force we cannot take lightly.

Any mobile game is commenced with an idea. If you are ready with out-of-the-box idea, your half of the work is accomplished. Strive to see that your idea is novel and something the gaming world has still not seen. A fresh idea is likely to be creating more waves. Developing a comprehensive story-line in the early stage will greatly help to develop an exhaustive plan in a later stage.

Type of Game and target audience

Second logical step is to define the category of game you want to create. With so many genres like action, adventure, puzzles, racing, sports, etc. to choose, you surely are spoilt for choice. Taking decision about the type of game and identifying your target audience goes hand in hand. You have to decide whether you want your game developed for teens or whether you want a more sophisticated audience to enjoy your game. Study of the statistics like which age group downloads the most, what games they prefer and likewise shall greatly help in deciding the same.

Game design forms the foundation of making the game. It is very crucial to plan down each and every aspect of your game and think of all the varied factors which shall be including in your game. Designing the game architecture to the last point makes your concept well-defined and clear-cut. An accurate, well thought out GDD ( Game Design Document) makes the job of programmers much easier and efficient. Every little detail should be raised and answered. Every minute detail right from the design history, philosophy behind making the game, features of the games, description of the physical world where the game will be played, rendering systems whether it will be a 2D/3D game to sound effects should be clearly penned out in the GDD of the game.

Once this is decided, now comes fundamental part, coding the game.

A game engine is a system devised for the creation and development of games. It provides a software framework for game developers to create a mobile game. Choosing the game engine for your game will depend on many features of your game such as the basic premise and the core gameplay of the game, whether it will be designed in a 2D or 3D environment, the art and graphics style, the audio and sound support, and what platforms you want to port your game. After thoroughly understanding each and every of this component, you can choose the right game engine to develop and create your game.

Graphics and art are the vital elements which breathe life in the creation of any game. A good gameplay is augmented with the rendering of great graphics and art to make the game realistic and credible. Art and graphics evolve the game design and core mechanics of the game. Great graphics adds to the gameplay making it exciting and pleasurable for the gamers. It is no biggie that mobile games can be better understood with an art context, therefore, to have a set of great graphic designers to render rich art to your game is very essential.

Understanding the device specifications will essentially let you understand how the game will actually work. You should know the display and resolution the device offers, image format, processor accuracy, audio and video supports and so on.

However, by choosing the right mobile game development company to design your game around your sensibilities and imagination will provide you the required technical support to let your idea become reality.